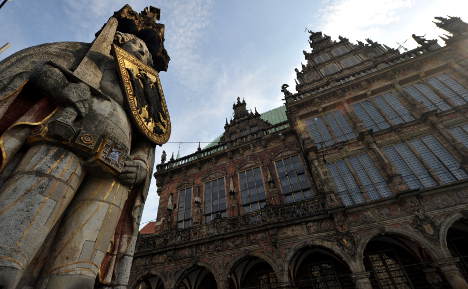 Bremen Town Hall and the Roland statue symbolise the rise of the Hanseatic League, which the city joined in 1358. Both are unique representations of the rise in autonomy and granting of market rights enjoyed by European townsfolk in the Holy Roman Empire.

The Town Hall is a fine example of architecture as a symbol of freedom. It was built in the 15th century in Gothic style, and embellished with a Weser Renaissance façade in the early 17th century.

Towering at around 5.5 metres, the stone statue on market square known as the “Roland” was erected in 1404 as an emblem of Hanseatic freedom.

It is said to be the oldest statue in Germany still in its original location. Both have been a UNESCO-World Heritage since 2004.