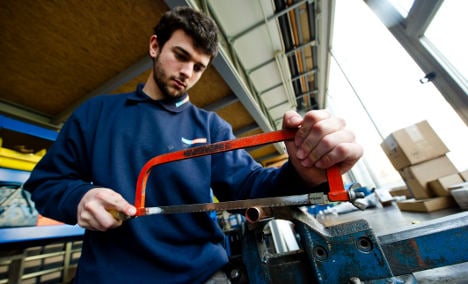 Even though the employment situation in countries such as Greece and Spain has not improved, most of those who head to Germany soon leave again.

Figures from the Organization for Economic Cooperation and Development (OECD) show that just half of the Greeks who came to Germany recently stayed for more than a year, while just a third of those who came from Spain lasted more than 12 months.

The number of immigrants from Greece rose by 73 percent between 2007 and 2011, while the numbers of Spaniards rose by nearly 50 percent over the same period. The number of Portuguese and Italians moving to Germany went up by 35 percent during that time.

“Preliminary figures for 2012 show a continuation of crisis-related migration from above all Greece and Spain,” said the OECD in a statement.

Those who arrived in Germany were increasingly likely to find jobs, with a five-percent rise in the rate of immigrants in work between 2008 and 2012 – a greater rise than that seen among people who already lived in Germany.