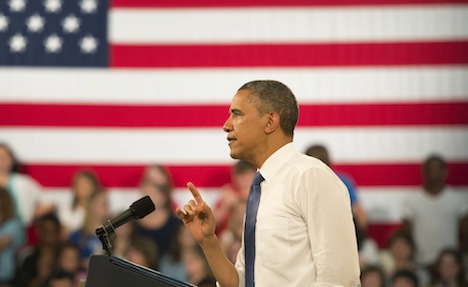 “We have drawn up a list of questions which will be sent to our American friends,” Interior Minister Hans-Peter Friedrich told a news conference to present the domestic intelligence service’s 2012 report.

“We are going to ask them what the extent of this activity is, why such an activity, and when I have the answers I will tell you… probably,” he said after a brief hesitation, prompting laughter among journalists.

Under the so-called PRISM programme, revealed by two newspapers, the US National Security Agency can issue directives to Internet firms like Google or Facebook to gain access to emails, online chats, pictures, files and videos that have been uploaded by foreign users.

The German minister said questions would also be addressed to organisations such as Google and others to find out what type and how much data had been made available to the authorities.

Germany’s intelligence head Hans-Georg Maassen also told reporters he had not known anything about the surveillance programme until reading the reports in the Washington Post and Guardian newspapers.

Germany has in the past received “very good and very reliable information” from the US intelligence services which had enabled attacks to be avoided in Germany, Friedrich underscored.

He said however he did not know if any of the information had been obtained as a result of the PRISM programme.