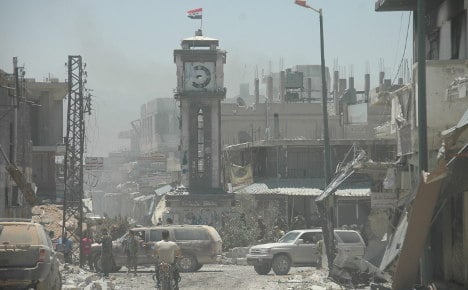 Speaking to the Frankfurter Allgemeine Zeitung on Friday, the conservative politician added that young men are travelling to Syria to take part in the war from all over the European Union.

These men posed a real threat to their home countries, Friedrich argued. “These people are going to Syria very determined and are learning a deadly trade, with which they can turn their hatred into actions,” he said. “They are ticking time bombs if they return to Europe.”

A recent study by the International Centre for the Study of Radicalisation (ICSR) estimated that 600 fighters from 14 European countries were taking part in the Syrian conflict, including people from Britain, Austria, Spain, Germany, and the Benelux countries.

But the study also underlined that not all of those travelling to fight were jihadists. It also said that most of them were motivated by images of suffering at the hands of dictator Bashar al-Assad, as well as a feeling that the international community was not doing enough to end it.

Friedrich was speaking at a meeting of EU interior ministers in Luxembourg, where plans were discussed to better coordinate surveillance of citizens travelling to Syria to fight.