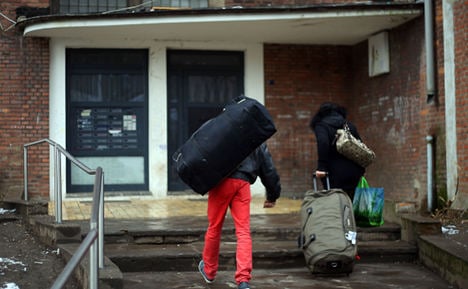 Conservative politician Hans-Peter Friedrich, told other EU state interior ministers at a meeting in Luxembourg that he wanted to crack down on illegal immigrants coming specifically from Romania and Bulgaria and even issue travel bans to prevent them coming back after being thrown out.

He told the group that whoever was in the country illegally needed to go back to where they came from, Die Welt newspaper reported.

“If they are picked up somewhere, they should be thrown out without much of a to-do,” Friedrich said. This would ease some pressure on the country’s social system, especially if a travel ban meant “that they couldn’t just come back the next day.”

Such sanctions are, he said, in line with EU regulations and thus should be enforced.

While there are no exact figures on illegal immigration, it is clear that poverty is pushing an increasing number of Romanians and Bulgarians to Germany. Keeping them in welfare costs, the paper said, a lot of money.

Back in April, Friedrich, along with ministers from the UK, Austria and the Netherlands, appealed for more sanctions on illegal immigration.

EU Interior Commissioner did stress on Friday that “the freedom of movement of EU citizens is not up for debate.”