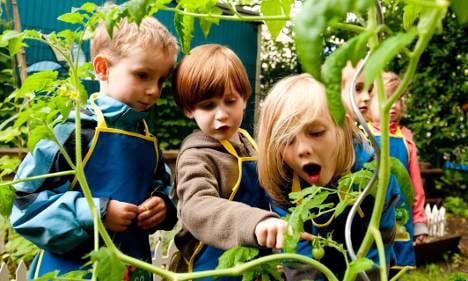 From August 1st this year, every child in Germany will be guaranteed a place in a pre-school nursery. Yet just 14 percent of immigrants are taking up the offer before their child’s third birthday, compared to 30 percent of German parents, Der Spiegel magazine wrote this week.

Members of the Expert Council of German Foundations on Integration and Migration (SVR) set out to find out why immigrants were shunning German day care, and found it was largely down to cultural differences.

The study of 1,875 mothers and fathers with children between one and two years old found that immigrant families disagreed with Germans about the best time to send a child to be looked after outside of the family, said the report.

Turkish immigrants in particular are unfamiliar with the idea of early child care – with just 12 percent of children in Turkey being sent to nursery.

More important to these parents is establishing a good relationship with their offspring during these early years and they place less emphasis than Germans on encouraging independence and early learning, said the authors.

Other immigrant parents – especially those of the first generation – said they simply weren’t happy with German nurseries. Group sizes at German nurseries were too large, they said, and children were not properly prepared for school.

Also many immigrants did not think cooperation between parents and staff was good enough and called for nurseries to employ more bilingual staff.

Like German parents, many immigrants would like to send their children to day care but hit problems such as high fees and unsuitable hours. However, religious or cultural reservations as well as the language barrier conspire to make things even harder for immigrants than native parents to get their kids a place.

Previous studies have shown that children from immigrant backgrounds sent late to nursery or not sent at all often do worse at school – mainly because they struggle to get over the German language barrier.

Only 19 percent of children from Turkish families who have been to day care for more than three years before starting school later need extra language tuition to get by, compared with 61 percent who didn’t go to nursery, said the magazine.