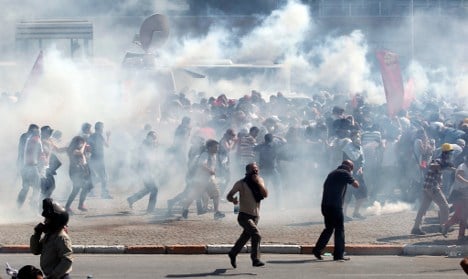 He said freedom of expression and assembly was “a basic right” in a democracy and that security authorities must also act “proportionally and appropriately”.

“So what’s now called for is de-escalation and dialogue,” Seibert said.

He added that he saw “no direct effect” from the violence on Turkey’s bid to join the EU.

Turkey’s efforts to join the bloc formally started in 2005 but have stalled in recent years due to several stumbling blocks including its human rights record, commitment to democratic values and Cyprus, divided between its Greek- and Turkish- Cypriot communities since Turkish troops invaded the island in 1974.