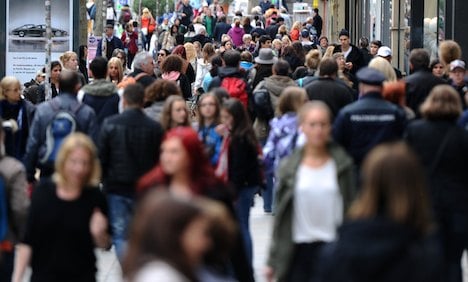 The new data shows that Germany’s population is not only ageing and shrinking – a key challenge for Europe’s biggest economy – but also smaller than previously thought and with fewer foreigners.

The new census for the European Union’s most populous country measured the number of people who were living in Germany on May 9, 2011, said the federal office Destatis.

Of the new total, 74 million inhabitants or 92.3 percent were German nationals. About 6.2 million or 7.7 percent were foreign nationals – 1.1 million fewer than previously thought.

Another 15 million people, or 19 percent of the population, had a first- or second-generation immigrant background.

About 40 million people were in paid work and 2.1 million were out of work. In terms of accommodation, almost 46 percent of households lived in their own homes, while more than half were renting.

The latest figures were based on new surveys of about 10 percent of the population, cross-checked with a range of existing databases, but they are not the first to show a drop in Germany’s population.

Germany suffers from one of the EU’s lowest birth rates, meaning its population is shrinking rapidly as immigration has failed to compensate for deaths outweighing births.

The census showed “no significant change in the age structure” of the population, said the president of Destatis, Roderich Egeler, at a press conference.

Merkel warned last October that the ageing population poses the biggest challenge of this century to Germany.

“Like globalisation, demographic change means we have to find new answers … for us as a country and for us as a European Union to keep our place in the world economy,” Merkel said at the time.

At a “demography summit” this month, Merkel warned that by 2030 Germany will have six million fewer working-age people, meaning that the country must be more open to skilled immigrants.