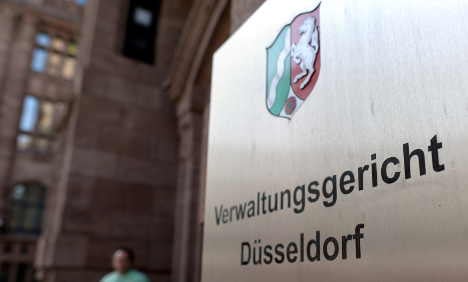 The boy’s parents arrived in Italy 12 years ago and from there made their way to Germany. They claim they left behind their first son, now aged 18, because he was born out of wedlock, which is forbidden in China.

The family has been living in Duisburg, where the parents work in a Chinese restaurant and their son goes to Kindergarten.

The court rejected the case after it emerged that the parents had travelled to Germany on forged documents and that the surname they had attached to their alleged first son was not the same as the one they had been using in Germany.

The parents have made several appeals for asylum over the last 12 years, all of which were rejected. However previous efforts to deport them failed because of uncertainty among the Chinese authorities about whether the individuals were in fact Chinese citizens. Those doubts appear to be assuaging now however.

The family lived from welfare payments until 2007, when they were granted the right to work.

According to Die Welt, the family’s lawyer intends to make a special appeal to the North Rhine-Westphalian state court. He has also reportedly not ruled out making a renewed asylum application on behalf of the parents.

According to the owner of the restaurant where he works, “The father can cook very good regional Chinese specialities. Such a person could not be found within the German labour market.”