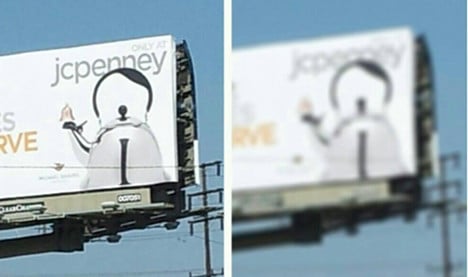 One picture in particular has been causing both laughter and outrage. Taken in the Californian city of Los Angeles, the JC Penny billboard has been setting Twitter and Reddit alight, Süddeutsche Zeitung reported this week.

It hasn’t escaped the international media either, with Britain’s Daily Mail dubbing their article about it “World War Brew”. One US paper used the headline “Chai Kampf”.

JC Penney, which has long been struggling with dwindling profits, said the similarity to the Nazi dictator was mere coincidence. More eagle-eyed observers have raised the question as to if it could be similar to Rorschach test, where individuals make out the shapes in an ink blot.

Journalist and curator of a Hitler-themed blog Daniel Erk told the newspaper that the he was worried incidents like this banalized evil. JC Penney announced on Thursday it would take the billboard down.