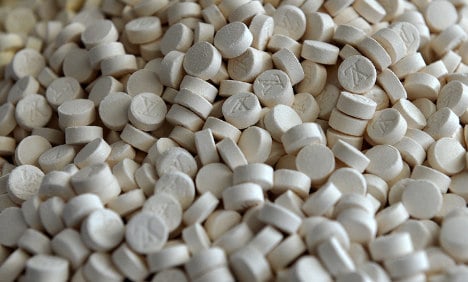 In response, the German cabinet recently banned 26 substances it deemed “dangerous.” The latest drugs raising concerns in Germany are often marketed over the internet in small colourful sachets containing dried herbs sprinkled with the synthetically prepared drug solutions. Some are sold as bath salts or perfumed sachets.

“Sales of so-called designer drugs are on the rise,” Jörg Ziercke, head of the Criminal Police Agency, said last month.

The German government’s drug commissioner Mechthild Dyckmans introduced the new report on drug use and addiction in Berlin on Wednesday.

However, the number of deaths from drug use is on the decline. Last year, 944 people died of an overdose – the lowest rate in 25 years.

The new report says the biggest health risks are still posed by alcohol and tobacco consumption. Though their use has somewhat dropped among children and young people, the report says 44.6 percent of men between 18 and 29 years drink dangerously high amounts of alcohol.