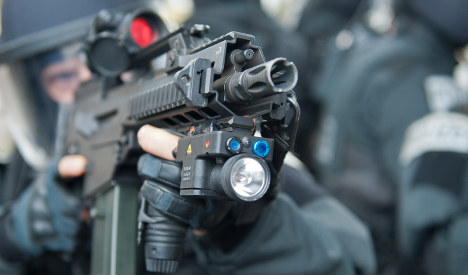 Small arms, according to the German government, include fully and semi-automatic weapons such as assault rifles and pistols. And last year, €76.15 million-worth of these guns were sold to other countries – a figure that had doubled since 2011.

Although the German government has strict guidelines surrounding selling guns abroad to countries not belonging to the EU or Nato, the export of small arms is highly controversial. Worldwide, they kill far more people than heavy weaponry.

The Finance Ministry would not comment on exact export figures for different countries.

The report emerged after the country’s socialist The Left party placed a request for information to the Finance Ministry. Party politician Jan van Aken told the Süddeutsche Zeitung that the government should be banning arms exports, not doubling it.

“In Afghanistan, Taliban soldiers are shooting German soldiers with German weapons,” he said, adding that exported guns were almost impossible to control after they leave the country. “Small arms are the weapons of mass destruction of the 21st century,” he added.

While figures remain cloudy for where German guns are going, what is known is that Saudi Arabia bought arms would €6.5 million in 2012. This is half of all weapons going to the Middle East and North Africa.