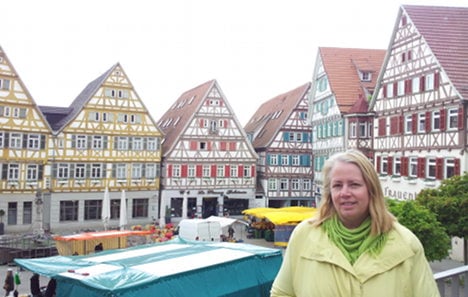 How did you end up in Herrenberg?

I’m a writer from New York and my husband, an engineer from Minnesota. We met as students at Cornell after returning from our summer abroad in Germany. He had fallen in love with Germany as a child while touring with the Metropolitan Boy’s Choir and dreamed of moving here, one which we realized when he was hired by the internationally renowned Frog Design.

My favourite thing about this medieval walled city is the ongoing array of cultural events and traditions, all set against the backdrop of these breathtaking Fachwerk houses. Whether it’s a lantern lit walk behind the knight on horseback for St. Martin’s Day in fall, kicking off the Karneval season by storming the town hall with a masked band of gnomes on Dirty Thursday, following a trail of flowers down the street for Fronleichnam in spring or attending the two week long Summer Colours Music Festival, every season offers its own special flavour.

As a poet and photographer, I have gleaned much inspiration from the old town and Collegiate Church whose impressive profile is a beloved feature of the landscape here in the Gäu.

Yes, both visitors and residents can enjoy a very congenial atmosphere here.

You’ll naturally get the most out of visiting if you speak the language (and in this case, that means Swabian as well as German.)  You may find that most are not eager to switch to English, though there are English tours available at the town hall on request; I can take you myself!

The Collegiate Church with its impressive Bell Museum is a must-see, followed by a hike up the hill to the castle ruin.  From there, you have the best view towards the Black Forest as well as the Swabian Alps.  Relax at the gorgeous market square afterwards where you can enjoy a coffee or ice cream surrounded by buildings dating from the 1500s.

Schönbuch woods offers nature trails and a climbing park for the adventurous, while our beautiful swimming hall is being expanded into an outdoor nature water park. My own family has made a tradition of putting on a theatrical spectacle in the basement of the Old Schoolhouse every Halloween.  But my greatest pleasure is to sit out by the lovely fountains at one of the picturesque outdoor cafes.

There’s a little known sandstone memorial which commemorates a shepherd from Rotfelden who was killed by lightning along with his two sheep dogs and forty-two of his sheep in 1898. My other personal favourites are the ornately carved sixteenth century choir stalls in the Collegiate Church.  These were hidden by Spanish troops occupying the town during the Reformation’s “Storm of the Pictures” and therefore saved from destruction.

Herrenberg is a colourful, cultural gem, and definitely home for us but my husband works all over Germany and is starting a new position in the Netherlands in June, so we may be “going Dutch” soon. 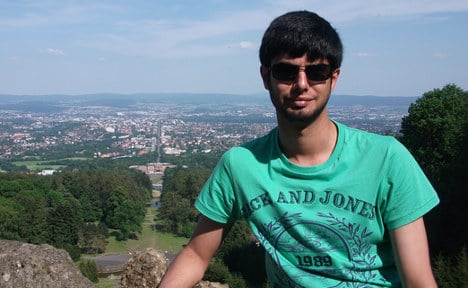 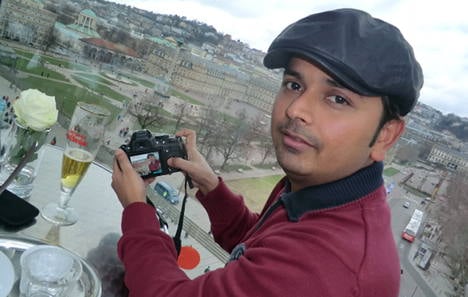 CRICKET
‘Stuttgart even has cricket teams’
Url copied to clipboard!