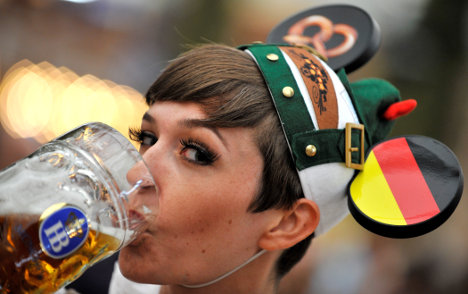 Fifty-nine percent of the 26,000 people asked said they saw Germany as being a “mainly positive” global influence. This is an increase of three points from 2012, when Japan came out on top.

The outcome is three fewer points than last time Germany won, though. In 2011, 61 percent of the world saw it as a “mainly positive” influence.

Conducted with pollsters GlobeScan and PIPA for the BBC World Service, the poll showed that Germany was most popular in Ghana – where 84 percent of those asked considered it a positive influence.

Eighty-one percent of Germany’s neighbours in France gave it the thumbs up, as did 76 percent of Austrians asked. Greece, which has been the subject of Germany’s strict austerity plans, was the clear exception as the majority had negative feelings towards the country’s power.

People in 25 countries worldwide were asked to rank 16 countries, as well as the European Union as a whole, as to whether they thought a nation had a “mainly positive” or “mainly negative” influence globally.

Iran came in at the bottom with 59 percent viewing it negatively. Following was Pakistan, with 55 percent, then North Korea with 55 percent. Following Germany came Canada and the UK with a joint 55 percent of “mainly positive” votes.

The EU struggled to get positive votes this year, as 49 percent said they saw it as having a good influence, worldwide. Germans seem, the BBC said, to have fallen out of love with it though as positive rating dropped by 14 points to 59 percent from 2012.