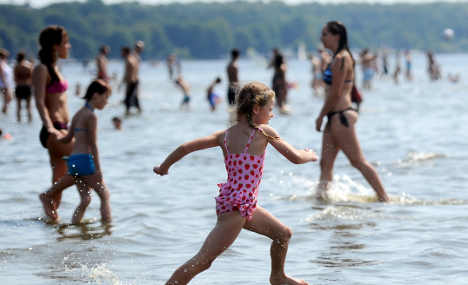 Scientists gave the water quality the top “excellent” rating at 78 percent of the 20,000 beaches, rives and lakes tested across 27 EU countries locations in 2012.

In Germany samples were taken from 2,295 locations. Seventy nine percent of coastal waters achieved the “excellent” rating, while the figure was 89.7 percent for inland waters.

Eight bathing locations were described as of “poor quality,” down from 15 the year before.

Overall, Cyprus and Luxembourg came out on top, with Malta, Croatia, Greece, Portugal, Italy, Finland and Spain also surpassing the EU average. Belgium, the Netherlands and Britain did not fare so well.

EU environment commissioner Janez Potocnik welcomed the results but said “there’s still a lot to do before all our waters are of drinking and bathing quality, and until our aquatic systems are healthy.”

The European Environment Agency advises travellers to check the water quality of places they intend on visiting.