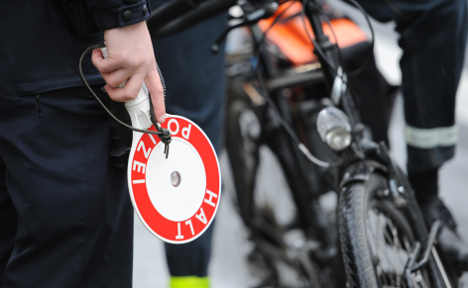 At present the legal blood alcohol content (BAC) for cyclists is 1.6 percent, compared to 0.5 percent for car drivers.

“Nobody can travel safely at the current limit of 1.6,” Boris Pistorius, Lower Saxony’s state interior minister said in advance of a nationwide meeting of interior ministers taking place on Wednesday.

In 2011, 3,725 cyclists involved in accidents were under the influence of alcohol, according to figures released by the General German Bicycle Association (ADFC). The organization is calling for the legal BAC to be lowered, but not to the levels which apply to car drivers.

“Bikes are easier to ride than cars,” spokesperson for the ADFC , René Filippek said.

It’s unclear what the new BAC limit is likely to be. “We shouldn’t get fixated on numbers alone,” said Pistorius, adding “it’s much more about the dangerous notion that alcohol is less dangerous behind the handlebars than it is behind the steering wheel.”