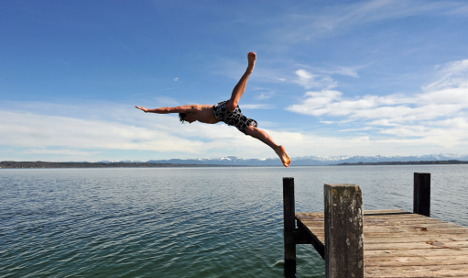 The INSA Opinion Institute’s latest survey, commissioned by and published in the Bild newspaper, showed 48 percent are currently optimistic and 53 percent think their future will be better. The number of pessimists dropped to 40 percent from 45 percent.

The Institute also looked at people’s optimism based on their political persuasion. It found 80 percent of Chancellor Angela Merkel’s Christian Democratic Union supporters were optimistic, followed by 66 percent from the junior coalition partner, the Free Democratic Party.

Less optimistic for Germany’s future were supporters of the Pirate Party, with 44 percent and the socialist Left party with 33 percent. The new eurosceptical Alternative for Germany party had the fewest optimists, with 19 percent.

Insa Chief Hermann Binkert noted that you can’t predict a person’s optimism – or lack of it – based on his or her political affiliation, as there were optimists and pessimists on both sides of the political aisle.