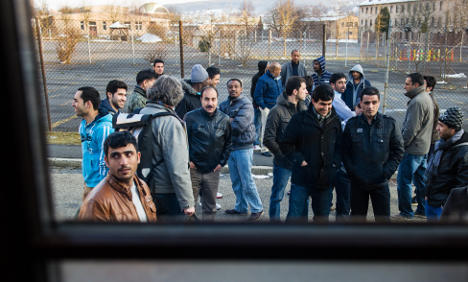 Last month there were 7,541 asylum applications filed, fueled by 2,055 applications from Russian citizens. The office said they are experiencing a strong increase in Russian asylum seekers, who first apply for asylum in Poland but eventually end up in Germany.

All totaled there were 26,792 asylum applications in the first four months of this year – a 73 percent increase over the 11,310 seen in the January to April period of 2012.

Russian asylum seekers prefer Germany to Poland because of the higher level of social services and support than get in Germany.

The more then two thousand asylum seekers from Russia pales in comparison to the 691 from Syria, the number two country, followed by 536 from Afghanistan and 502 from Iran.

Serbian asylum seekers with 482 rose once more. People coming from Serbia can enter Germany as tourists, following a relaxation of immigration rules, and can then declare themselves as asylum seekers.

To counter this Germany introduced a fast track approval for asylum seekers from Serbia and other countries, such as Macedonia and Kosovo. The applications are processed in a few days and the applicants face costs that are higher than what they would receive in German social benefits for their stays.

This has so far resulted in a drop in asylum seekers from Macedonia and Kosovo but not yet from Serbia.