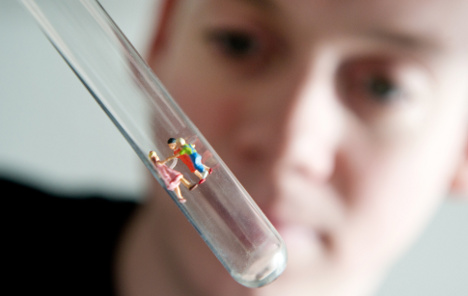 A woman who became pregnant using an anonymous sperm donation in Denmark, was refused child support by the Federal Administrative Court in Leipzig on Thursday – because there was no conceivable way the state would get its money back.

The law says that the boy, born in 2005, has a right to financial support because the father is not paying his share. But the court said that the basis of this concept was that the state support was an advance payment of money which would later be demanded from the father.

“The granting of support as a replacement service should be the exception in the case where the resort to the other parent is not possible,” the court said.

The law specifically says that the state will not pay support if the mother refuses to help in identifying the father of her child. This should also apply to cases such as this one where a woman has become pregnant via anonymous sperm donation.

The mother “consciously and willingly from the start onwards, stymied the identification of the other, support-liable parent,” the court concluded.

In another case this week, the Federal Courts of Justice said a biological father could challenge the legal paternity awarded to another man if the child was conceived artificially.

It ruled on Wednesday in favour of a gay man who had given a sperm donation to a lesbian couple so they could have a baby.

But when the couple then named another man as legal father of the child, the biological father decided to challenge this. He says he now wants to be acknowledged as the father.

The court in Karlsruhe said the man had the right to challenge the legal paternity of the other man.

It would have been different if the biological father had in advance signed away his right to challenge a legally-awarded paternity – which is the case with anonymous sperm donors.