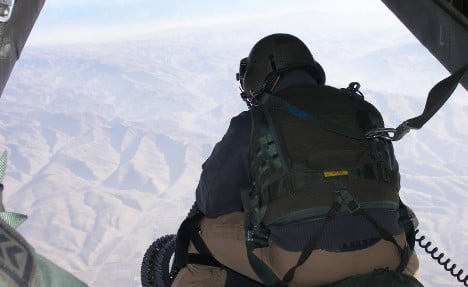 “There are still areas with room for improvement,” the leaked Bundeswehr report said, according to Wednesday’s edition of Die Welt newspaper.

Prevention, post-trauma job opportunities, and the process of getting therapy were all named as problematic areas in the report, written by battle-trauma specialists and commissioned by the German Defence Ministry. In some cases, it apparently takes years for affected soldiers to be given the help they are entitled to.

The report identified staff shortages in the army’s medical service, which is responsible for psychological assessments, as the main cause of these problems.

But the report recognized that progress has at least been made in prevention. From now on, soldiers are to undergo regular psychological fitness tests, including one at their enrolment, as well as before and after tours to conflicts abroad.

The first screenings are set to take place by the end of the year.

“All results of the screening will be put into a “psychological fitness” file and given to the soldier in question,” said the report. It also cited a recent study that found that two-thirds of soldiers suffering from post-traumatic stress disorder had had previous unrecognized mental health problems.

“We have the impression that the Bundeswehr does not yet examine specifically and sensitively enough psychological disturbances when it considers who to send on difficult missions,” Hans-Ulrich Wittchen, professor of clinical psychology at Dresden Technical University told Die Welt. “Over half of psychological problems would be avoidable if they did this.”