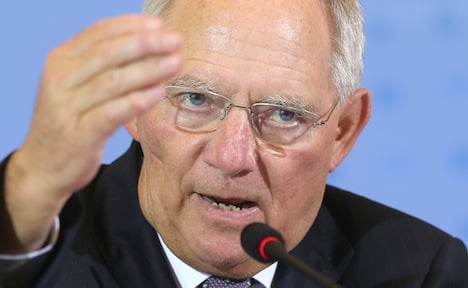 Schäuble argued in an article for Monday’s Financial Times newspaper that until then, bank rescues would remain in the hands of “a network” of national authorities.

“The EU does not have coercive means to enforce decisions,” he wrote.

“What it has are responsibilities and powers defined by its treaties,” he added. “To take them lightly, as is sometimes suggested, is to tamper with the rule of law.”

The comments throw into doubt plans being drawn up by the European Commission for a single bank bailout agency and rescue fund as part of a larger drive to create a banking union within the eurozone.

The proposals are aimed at severing the link between struggling lenders and national governments, a major cause of the eurozone crisis.