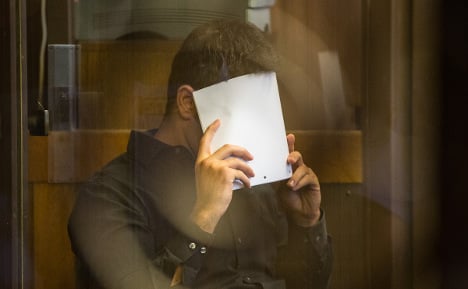 “I neither hit him or kicked him,” 19-year-old Onur U. said in a statement read by his lawyer Axel Weimann. State prosecutors accuse the young man of being the prime instigator of the beating, Der Spiegel news magazine reported.

Jonny K. was beaten to death by a group of young men as he tried to help a friend being attacked. The case shocked Germany and sparked a debate on youth violence, and several hundred people, including Berlin Mayor Klaus Wowereit, attended Jonny K.’s memorial service in late October.

Onur U. left Germany to live in Turkey for several months following the attack, but following a legal tug-of-war returned voluntarily to face questioning in April.

The suspect emphasized that he regretted Jonny K’s death, but insisted he was not involved. He added that he fled Germany after being charged for fear of being pre-judged.

Presiding judge Helmut Schweckendieck expressed doubts over Onur U.’s version of events. He pointed out that several witnesses had stated that the fight had erupted when Onur U. knocked away a chair that Jonny K. and his companions had sat their drunken friend on while they called a taxi.

“That sounds a bit different to what you said,” the judge told the 19-year-old suspect.

The victim’s sister also appeared at the trial as co-plaintiff. “I want to know who is guilty,” the 28-year-old Tina K. said before the trial began. “I hope that it never happens again. These boys should say what happened, and not simply blame each other.”

Prosecutors said that since no intention to kill could be established, the suspects were not being charged with murder or manslaughter.