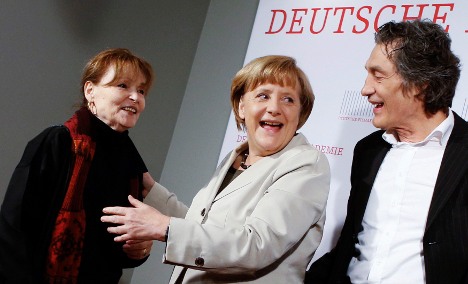 Speaking at an event at the German Film Academy in Berlin on Sunday evening, Merkel revealed that she had been a member of both the Free German Trade Union Federation (FDGB) and the Society for German-Soviet Friendship, a propaganda tool for promoting cooperation between East Germany and the Soviet Union.

She added that she had never made a secret of it, but no one had ever asked her either.

It had previously been known that Merkel – head of the conservative Christian Democratic Union – was a member of the Free German Youth (FDJ), East Germany’s official communist youth organisation.

But the debate on Merkel’s past in the German Democratic Republic has been reignited following the publication of a new biography by two journalists, Günther Lachmann and Ralf Georg Reuth, which raises the question whether the Merkel was an FDJ secretary for “Agitation and Propaganda” at the Academy of Sciences in Berlin.

Merkel said that an earlier biographer, Gerd Langguth (who coincidentally died aged 66 on Sunday) had already raised this issue. She said that agreed with Langguth’s analysis: that the FDJ was essentially a non-political organization that gave young East Germans new opportunities. Langguth also questioned the sources that Merkel’s new biographers found.

Merkel has said previously that she only joined the FDJ for “community reasons.”

“I only have my memory to rely on,” she said. “If something else comes out now I can live with that.”

Merkel took part in Sunday’s event to present her favourite film – the 1973 East German classic The Legend of Paul and Paula.