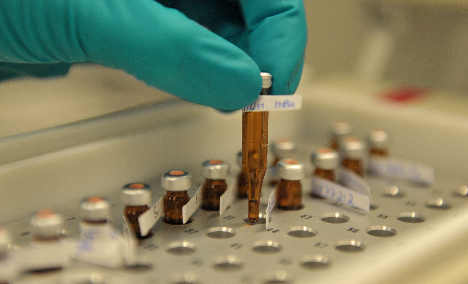 Some 600 clinical trials were carried out in more than 50 hospitals until the 1989 fall of the Berlin Wall, the report said, citing previously unpublished documents of the East German health ministry, pharmaceutical institute and Stasi secret police.

Many major drug companies from Germany, Switzerland and the United States took part, offering up to 800,000 West German DM (about €400,000 or $520,000 at today’s exchange rate) per study, a boost for East Germany’s underfunded health care system, Der Spiegel said.

Records showed that two people died in East Berlin during testing of Trental, a drug that improves blood circulation developed by then West German company Hoechst, which has since merged with Sanofi, the report said.

Two more patients died in a lung clinic near the city of Magdeburg in tests of a blood pressure drug made by Sandoz, which has since been taken over by the Swiss group Novartis, according to Der Spiegel.

Patients were often not fully informed about the possible risks and side effects, the weekly said. Other tests involved preterm infants and a group of alcoholics suffering acute delirium who could not give informed consent.

The news weekly said that the companies, when contacted for comment, mostly pointed to the fact that the trials happened a long time ago and said that in principle they always follow strict protocols in drug trials.

Germany’s federation of pharmaceutical manufacturers said it saw “currently no reason to suspect that anything irregular happened,” Der Spiegel said.