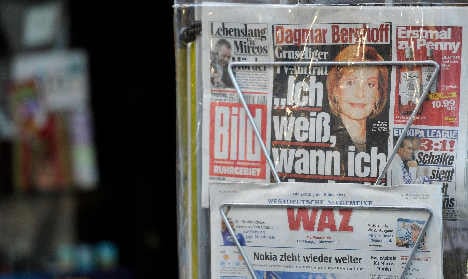 “Axel Springer clearly believes that serious cuts are needed in its newspaper activities,” the magazine said.

The publishing group says “various scenarios” are under consideration. One option being reviewed is the transfer of employees at Bild daily, the paper’s website and the Berlin local tabloid BZto a subsidiary, Bild Digital, where pay and conditions are less favourable than those enjoyed by colleagues working on the print edition.

A spokeswoman for the group said “we want to create conditions for economically successful multimedia journalism,” and stressed that no concrete decisions have been made yet.