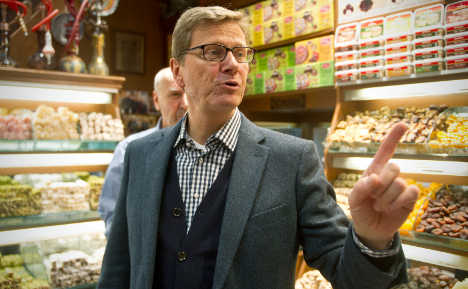 In an interview with the Rheinische Post, Westerwelle praised Turkey’s ‘breathtaking’ development over the last decade and a half, and expressed the desire to develop Germany’s political and strategic relationship with the country.

He held both camps responsible for stalled talks over the country’s prospective EU accession: “No one today can say when Turkey will be ready to join the EU and when the EU will be ready to accept it.” However he said he was confident that negotiations would enter what he called a “new phase” shortly.

Westerwelle also stressed the importance of the country’s role as a bridge to Muslim culture and as a NATO member. He described Germany and Turkey’s relationship as “even”, adding that care must be taken that “the day doesn’t come when Europe is more interested in Turkey than Turkey is in Europe.”

Westerwelle cited the common membership of the Friends of Syria Group as an example of a move towards establishing a more unified international policy.

He said he was not convinced that delivering weapons to the Syrian opposition would lead to less suffering or fewer deaths and stressed that terrorist opponents to the regime there were not automatically allies of Germany.