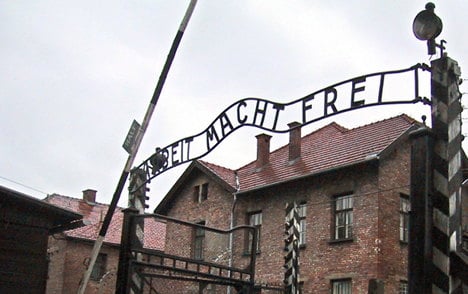 Prosecutors in the southwestern state of Baden-Württemberg said the man was believed to have worked at the camp between autumn 1941 and its closure in 1945.

Authorities declined to release the suspect’s name but media reports and the Simon Wiesenthal Center said it was Hans Lipschis, who figures among the Center’s most-wanted Nazis and is said to have served in the SS “Death’s Head” battalion.

The man, who was detained at his home, “appeared before a judge and was taken into custody”, the prosecutor’s office in the state capital Stuttgart said in a statement.

“The indictment against him is currently being prepared.”

Stuttgart prosecutors confirmed to AFP news agency last month that they were working on a probe launched late last year against a suspect who had worked at Auschwitz.

Lipschis has been living in the Baden-Württemberg town of Aalen and reportedly told the authorities that he worked as a cook, not a guard, in the camp in then occupied Poland.

However prosecutors said the evidence pointed to the fact that the suspect in question had broader responsibilities. “He took on supervisory duties although he did not only work as a guard,” a spokeswoman for the prosecutor’s office said.

“We will try to determine concretely when and what he did at Auschwitz.” She said the suspect was not believed to have killed prisoners himself but rather “that he abetted the actions of the perpetrators.”

Despite his advanced age, the suspect underwent a medical examination and was determined fit to be taken into custody.

The Simon Wiesenthal Center, in its 2013 report, lists Lipschis as its fourth most-wanted Nazi, saying he served in the SS-Totenkopf Sturmbann (Death’s Head Battalion) from 1941 until 1945 at Auschwitz, and “participated in the mass murder and persecution of innocent civilians, primarily Jews.”

Lithuanian-born Lipschis was granted “ethnic German” status by the Nazis. He moved to the United States in 1956 but was deported to Germany in 1983 for failing to reveal his SS past, Welt am Sonntag newspaper reported last month.

More than one million people, mostly European Jews, perished at Auschwitz-Birkenau, operated by Nazi Germany in occupied Poland from 1940 until it was liberated by the Soviet Red Army on January 27th, 1945.

Germany has broadened the scope of its pursuit of Nazi war criminals since the 2011 conviction of Ukraine-born John Demjanjuk, a former guard at the Sobibor death camp in Poland.

In that case, the court ruled that any role at a death camp amounted to accessory to murder, widening culpability from those found to have personally ordered or committed murders and atrocities.

Demjanjuk was sentenced to five years’ prison for complicity in some 28,000 murders. He died at a nursing home last year while freed awaiting an appeal.

Lipschis is among 50 surviving Auschwitz staff who are being investigated in Germany under the broadened culpability rules.

The Simon Wiesenthal Center hailed the move. “The arrest of Lipschis is a welcome first step in what we hope will be a large number of successful legal measures taken by the German judicial authorities against death camp personnel and those who served in the Einsatzgruppen (mobile killing units), which together murdered more than three million Jews during the Holocaust,” the director of the Center’s Israel office, Efraim Zuroff, said in a statement.

However renowned French Nazi hunter Serge Klarsfeld said he had mixed feelings about the news from Germany.

“I am torn between my idea of justice and the necessity to chase down war criminals until they take their last breath,” he said. “You need evidence and documents to incriminate them and I think there won’t be any more eyewitnesses to implicate them.”