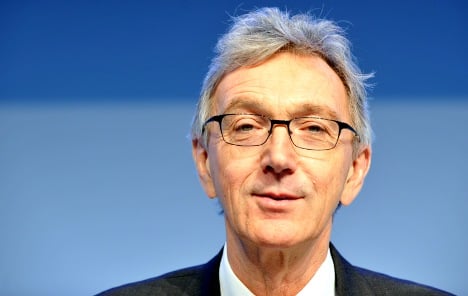 Not up for the job - Mayrhuber Photo: DPA

The airline confirmed a report in Monday’s Frankfurter Allgemeine Zeitung which said that Wolfgang Mayrhuber had withdrawn his candidature for the chairmanship of the supervisory board, which was due to be approved at Tuesday’s meeting.

Mayrhuber, 66, who has served as Lufthansa’s CEO, was nominated to take over from Jürgen Weber, but has been increasingly under fire for strategic errors during his time at the helm between 2003 and 2010.

Institutional Shareholder Services (ISS), a consultant firm, advised its customers who between them hold around 36 percent of Lufthansa’s shares to vote against Mayrhuber.

It criticised him for having too much else on his plate – he is also on the supervisory boards of BMW, Munich Re insurance company and Infineon semiconductor producer.

There has also not been a long enough gap between his time as top executive and his proposed position as chief supervisor. He was initially planning to make the shift in 2011, but decided to abide by corporate governance guidelines and wait two years.

The supervisory board – operating under Weber – announced on Monday it would have another suggestion for the job by Tuesday.