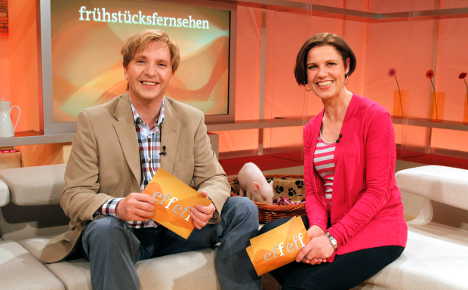 Headed by comedian Olli Dittrich, the new show will be aired by broadcaster ARD on Monday mornings.

Despite his eclectic range of roles, Dittrich told the Süddeutsche Zeitung that the show was not supposed to be a comedy.

“One has to get really close to reality to expose these embarrassments,” he said. His intention is to make people see what they usually overlook. “That all leads to the truth,” he told the paper.

Dittrich was not short of inspiration for his show. “There are so many templates,” he said, adding that his intention is to depict the “essence” of the improbable world depicted between 6 and 9 am.

Careful not to offend however, he said “This isn’t a parody of the personalities but rather of the genre.”

Perhaps that has something to do with the fact that his colleagues at ARD allowed him to shoot his parody in none other than the Cologne studio where it films its real breakfast show.

Commentators are describing the show as eerily close to reality.