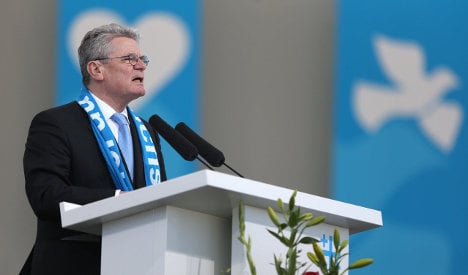 “Anyone evading taxes is being irresponsible or even anti-social,” President Gauck told Stern magazine on Thursday, and appealed to German citizens to act honestly.

In unusually direct remarks for the largely symbolic head of state, Gauck called on politicians to consider introducing harsher punishments for anyone caught dodging taxes.

The government should look into “whether stricter laws are necessary to also make questionable [financial] behaviour a criminal offence,” he said.

Gauck’s comments come in the aftermath of a scandal surrounding FC Bayern President Uli Hoeneß, who this month admitted he had dodged millions in taxes over a decade ago. Hoeneß voluntarily declared this to authorities back in January in the hope he would be able to pay a fine rather than face criminal investigation.

Facing public indignation at the case, the German government said this week it would look into whether tax evaders who turn themselves in could also be prosecuted. Gauck meanwhile, made his feelings on the subject clear.

“We cannot allow double legal and moral standards to exist in our country, one for the strong and another for the weak.” Gauck told Stern. “Nobody should be allowed to choose for themselves whether they pay taxes or not.”

The president also warned against tax evasion and deception becoming the norm, and against the growing feeling in society at large that those who don’t trick the tax man only have themselves to blame for the ensuing bill.

“This feeling endangers our democracy,” said Gauck, who on Thursday was due to appear at the annual congress of the German protestant church.