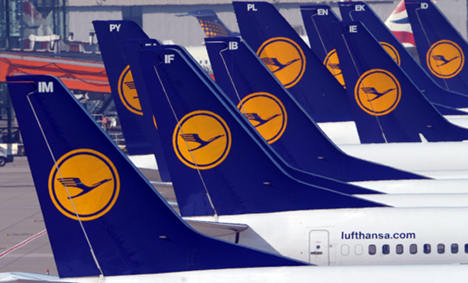 The agreement, which runs for 26 months, will result in a 4.7 percent pay increase for staff working at subsidiaries Lufthansa System, Technik and Cargo.

Employees at Lufthansa itself will get a three percent rise in a deal that affects 33,000 staff in total.

Services union Verdi had demanded a 5.2 percent rise for all staff over a 12-month period, but expressed satisfaction at the outcome.

“The result of these negotiations can be put down to the combative nature of the staff and their significant strike action,” said Verdi’s Christine Behle.

A strike on April 22nd crippled Lufthansa operations and forced the airline to cancel all but a handful of flights from its Frankfurt hub, Europe’s third busiest.

That came a month after Lufthansa was forced to cancel nearly 700 of a total of 1,800 flights because of warning strikes.

“After difficult but constructive discussions, we have come to a fair agreement that meets the demands of both parties and opens up new opportunities for the future,” Lufthansa’s chief negotiator, Stefan Lauer, said in a statement.

Last year, the struggling airline unveiled a vast cost-reduction programme, including the cutting of 3,500 administrative jobs.