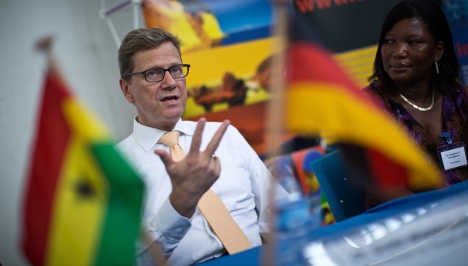 Speaking during a visit to the Ghanaian capital Accra on Saturday, Westerwelle said “Germany is willing to support the mission.”

The UN Security Council voted unanimously on Thursday to create a UN peacekeeping force in Mali. It’s intended to include the some 6,000 West African soldiers already stationed there.

In January, France intervened in Mali to push back Islamist insurgents who had taken over much of the northern part of the country. Although France began withdrawing troops earlier this month, it has been calling on the UN to send support.

Following a meeting with Ghana’s foreign minister Hanna Tetteh, Westerwelle said he would be briefed on the nature of Germany’s role in the mission.

At present Germany has a mandate to station up to 330 troops in Mali, primarily to provide logistical support and to train soldiers. A change to that mandate would first have to be approved by Germany’s parliament.

Ghana, which has 120 soldiers stationed in Mali, is the first stop on the German foreign minister’s tour of five African countries.

Ghana has a relatively strong growth rate in African terms. But despite that, a majority of the some 26 million people there are extremely poor.