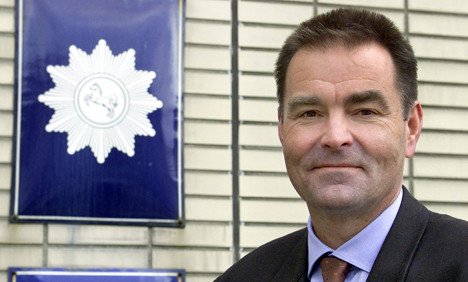 “The perpetrator killed district administrator Rüdiger Butte and then killed himself,” a police spokesman said. Officers were still at the scene on Friday afternoon, collecting evidence to support an investigation.

Shots were heard shortly after 10am in the city’s main administrative building, where 63-year-old Butte was later found dead along with the body of his assailant.

The police chief of neighbouring Göttingen, Robert Kruse, later told a news conference that a dispute between the elderly assailant and local authorities over a gun licence had preceded Friday’s shooting.

The local man, whom Kruse described as a “gun fanatic”, had been stripped of his permit in 1988 and in 2009 was charged with illegal possession of a firearm.

He was also known to police for other crimes including grievous bodily harm.

Investigators believe the gunman, who was not identified, tried to reach Butte repeatedly on the telephone before the shooting. It was not immediately clear whether the two knew each other personally.

Butte was married with two adult children and five grandchildren, according to his profile on the district website. By Friday afternoon, his personal website had been taken off line.

Lower Saxony’s Interior Minister Boris Pistorius said in a statement that Butte’s murder had left him stunned. “He will be missed by everyone. My thoughts go to his wife and children.”

He served as a police officer, rising through the ranks to become the head of the State Crime Investigations Office of Lower Saxony from 2001 to 2005. He had served as district administrator of Hamelin-Pyrmont, an elected office, since 2005.

The district press officer, Sandra Lummitsch, fought back tears as she described the scene.

“I heard shots. The door opened and my colleague said ‘Something terrible has happened’,” she said.

“No one can believe that this took place here.”

She said she and her co-workers locked themselves in a room after a supervisor sent an email to all staff with a warning to stay where they were.

The town is best known for the folk tale of the Pied Piper, later popularised by the Brothers Grimm.

Gun violence is rare in Germany, although major massacres in Erfurt in 2002 and Winnenden in 2009 made headlines around the world.

Of the 2011 statistics, 5,600 were shootings and 132 were incidents in which a gun was involved in a murder, manslaughter or assisted suicide investigation.