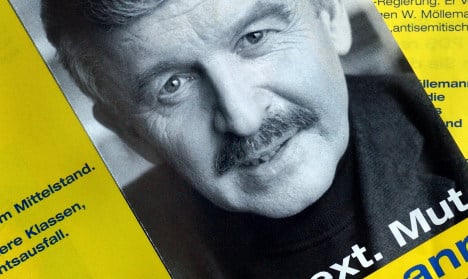 The case centres on a controversial former senior party figure, Jürgen Möllemann, who died in a parachute crash a decade ago.

Möllemann had allegedly funnelled funds from unknown donors into the campaign coffers of his pro-business Free Democratic Party (FDP) between 1996 and 2002, breaching funding laws under which the German state pays parties twice the amount they raise.

The FDP was fined €4.3 million by the president of the Bundestag lower house of parliament.

The party has already paid some of the money but was contesting an order to reimburse the state with the remaining €3.4 million.

On Thursday the Federal Administrative Court in Leipzig ruled against the FDP regarding at least €2 million, and handed the case around the rest of the money, €1.4 million, back to a court covering Berlin and Brandenburg states.

Möllemann, a one-time paratrooper and former federal minister, headed the FDP in the state of North Rhine-Westphalia. His death in a 2003 parachute crash triggered speculation about whether he was the victim of an accident or had committed suicide.

Ahead of Germany’s September 22 election, in which Merkel will seek a third term, the case is a setback for the struggling FDP, which is hovering in polls around the five-percent mark, the minimum for re-entry into the Bundestag.