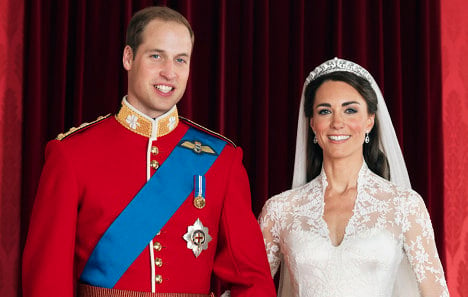 With a British jubilee, a Dutch abdication and a Swedish royal birth, European royals have been regularly hitting headlines of late. More than half of the 1,012 Germans asked by polling company YouGov for news agency DPA said they were interested in other countries’ monarchies.

In fact, 19 percent said that they would like to see one of their own be re-instated. Among people aged between 18 and 24 this figure jumped up to more than one in three, while just one in six over-55s were in favour of having a monarchy.

The last German Emperor, Kaiser Wilhelm II, abdicated in 1918 in the wake of World War I. Last year, Prince Philip Kiril of Prussia, the Kaiser’s great-great-grandson, made headlines by suggesting the restoration of the monarchy.

Despite swelling support among the young, most Germans still oppose the idea. 51 percent of all respondents said that having a king or queen would cost too much money. Sixty nine percent said they were completely against the idea.

A third said that they thought having a royal household was still relevant in the modern world. Just under half said it was outdated.

One common theme among those interviewed was that people said they felt a closer connection with members of royal families than with a president.

The last one, Christian Wulff, resigned in disgraceafter failing to answer a series of questions concerning possible corruption.