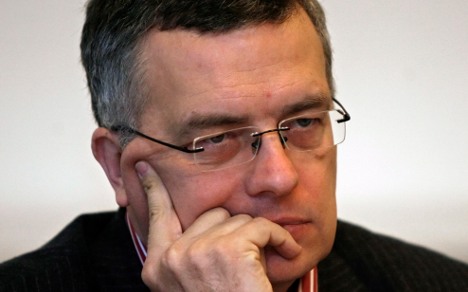 The NSU murders were “without doubt the worst human rights contraventions in Germany in the last decades,” Markus Löning, human rights ombudsman to the German government, told the UN Committee on Human Rights in Geneva on Thursday.

Löning said that the German president and chancellor had already apologized to the families of the victims – also for the fact that several relatives were mistakenly treated as suspects during the investigations.

“I would like to expressly repeat this apology here before this forum,” said Löning, in response to an earlier speech by Turkey’s UN ambassador Oguz Demiralp, who called on Germany to do more to combat far-right violence against foreigners.

Demiralp told the UN committee that the three million Turkish people living in Germany were growing “increasingly anxious” in the face of “growing xenophobia” following the revelations of the neo-Nazi murder spree.

Germany was the focus of the UN committee on Thursday, which revisits the human rights situation in all 193 member states over a four-year cycle.

Germany’s apology comes less than a week after the UN said the country had broken international anti-racism agreements when it shrugged off politician Thilo Sarrazin’s inflammatory anti-Turkish and anti-Muslim statements in 2010. At the time, many had defended Sarrazin’s right to express his views.