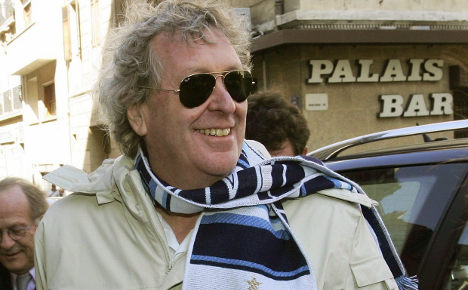 Hoeneß, 61, revealed at the weekend that he had turned himself in for dodging taxes and paid an advanced fine payment running into millions of euros.

But now speculation is growing that he may have also been involved in corrupt dealings at the time, wrote Süddeutsche Zeitung on Thursday.

Super-rich Adidas CEO Robert Louis-Dreyfus ‘loaned’ millions to his close friend Hoeneß back in 2000 so that the club president could go and have a bit of fun gambling on the global stock market, wrote the paper.

Hoeneß says the loan was purely personal, yet the paper raised the suspicion that the money could have been connected to a vicious bidding war at the time between the sports clothing giant and rival Nike, both of which wanted a sponsorship deal with Bayern.

In 2000, a bitter global war was raging between Nike and Adidas for the world market, with football as a particularly fierce battle arena. US giant Nike had a bigger share of the general market, but Germany’s Adidas was far bigger in the world of football, wrote the paper.

In an attempt to knock Adidas off its football pedestal, Nike began an aggressive campaign to win sponsorship deals with high-profile European clubs, including FC Bayern.

That same year, Dreyfus casually put 20 million Deutsche marks into Hoeneß’s secret account with Vontobel bank in Zurich with which to invest on the stock market. Hoeneß had a few wins, later paid Dreyfus back and continued speculating – without mentioning his success on the market to the German tax man.

And sure enough, wrote the paper, in September 2001 FC Bayern announced they had renewed their long-standing partnership with Adidas. Dreyfus’ company had won, although Hoeneß admitted at the time that Nike had offered more money, said Süddeutsche Zeitung.

While the paper suggested Hoeneß may yet be investigated on charges corruption, it admitted it would not be easy to prove any kind of wrongdoing.

Dreyfus died four years ago and Adidas denied that the former CEO had personally been involved in the sponsorship talks in 2000 about a “strategic partnership with FC Bayern München.”

Although Dreyfus, who was fighting leukemia at the time, had still been CEO of the company on paper, said Adidas, he had handed over operative decisions to successor Herbert Heiner in January that year, who then formally replaced him in March 2001.

Neither FC Bayern nor Adidas denied any knowledge of the loan, then or now, said the paper.