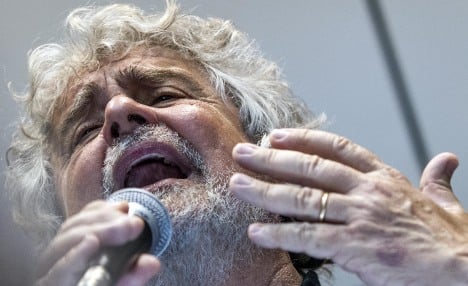 “In our parliaments there are still 30 MPs who have been convicted of serious offences. I’d also like honest, competent and professional people in the right positions,” Grillo, 64, told Bild newspaper.

“In this respect, I would be glad about a German invasion of Italy,” the ex-comedian quipped.

Grillo, who leads the anti-establishment Five Star Movement party, has shaken up Italian politics after winning a quarter of the vote in February elections.

Sparring politicians in the recession-ravaged country have been at loggerheads for two months since the vote that left no clear winner and revealed growing social unease.

Grillo is seen as a guru-like figure by his supporters but has been heavily criticised for populist rhetoric and a brash style against dissidents within his own movement.

He has in the past also had harsh words for Germany, accusing the country of getting rich at the expense of Italy and other eurozone members.