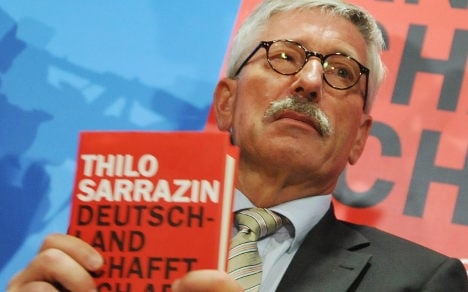 Four years after the former central banker sparked public outrage with his book Deutschland schafft sich ab – Wie wir unser Land aufs Spiel setzen “Germany does away with itself – How we’re putting our country at jeopardy,” Sarrazin’s views have been officially recognised as racist by the United Nations.

The UN says Germany broke an international anti-racism accord by shrugging off Sarrazin’s anti-Turkish and anti-Muslim statements, wrote the Tagesspiegel newspaper on Thursday. At the time, many had defended Sarrazin’s right to express his views.

In his book, Sarrazin warns that Germans could become “strangers in their own country” because of immigration, and argues that Muslims are not compatible with German society.

In a ruling published at the beginning of April, the UN Committee on the Elimination of Racial Discrimination (Cerd) said Sarrazin’s book and other statements “contain ideas of racial superiority, denying respect as human beings and depicting generalized negative characteristics of the Turkish population, as well as incitement to racial discrimination.”

“This is a historic decision,” said the Turkish Association Berlin-Brandenburg (TBB), which brought the case to the UN committee, in a statement on its website on Thursday.

“The Cerd committee has established that Mr Sarrazin’s comments are based on a sense of racist supremacy or race hate and contain elements of incitement to racial discrimination,” it added.

The German government has been given 90 days to respond with measures to comply with the committee’s demands, wrote Der Spiegel on Friday. These include measures to better educate state prosecutors and judges in racism issues and a review of guidelines for prosecution of racial discrimination.