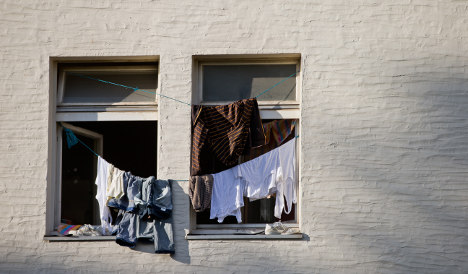 Bavarian state legislators from all parties expressed outrage over the case of a Chechen man who, together with three of his five children, was deported to Poland last week while his pregnant wife was in psychiatric care, the daily Süddeutsche Zeitung reported on Thursday.

In what Green party politician Renate Ackermann called a “cloak-and-dagger operation,” the authorities forced the man to leave his wife in hospital and two youngest children in foster care.

The woman, who is still being treated for post traumatic stress after having been repeatedly raped by Russian soldiers in the war-torn region of Chechnya, had left her two youngest children aged one and two with friends. After their father and siblings were deported on April 10, the two children were placed with a German foster family.

The man, whose family had come to Germany via Poland, was sent back to a Polish refugee detention centre together with his eldest children, aged between seven and 12. The family had moved on from Poland because they feared anti-Russian discrimination there and because Germany guarantees psychiatric care for refugees.

In a debate on a motion in the Bavarian parliament on Wednesday critics said immigration officials had failed in their duty to keep the family together during deportation, wrote the paper. Politicians unanimously supported the motion calling for the family to be reunited in Germany.

The Ausländeramt immigration authority in Ansbach denied any wrongdoing and said it had only been carrying out a deportation order by Federal Office for Migration and Refugees (BAMF).

A state Interior Ministry legal expert said the authority “in no way acted improperly” in terms of the law, but critical politicians said that although nothing illegal had occurred, authorities could have chosen to act differently for humane reasons.

MPs from the opposition Social Democrats (SPD) and ruling Free Democrats (FDP) called the move “inhumane” and pointed out that there had been no rush to deport the family, as the deadline set by BAMF was June 11, the paper said.