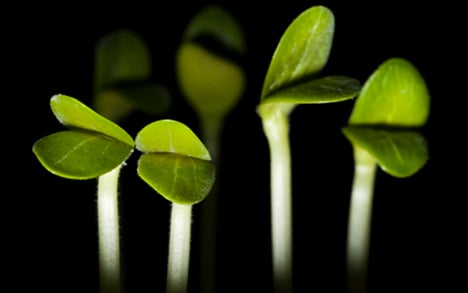 The four institutes – Ifo in Munich, IfW in Kiel, IW in Halle and RWI in Essen – predicted that German gross domestic product (GDP) would expand by 0.8 percent in 2013, instead of by an earlier forecast of 1.0 percent, and then grow by 1.9 percent in 2014.

“An upwards tendency re-emerged in the German economy in spring 2013. The situation in the financial markets has eased thanks to subsiding uncertainty regarding the future of the European Monetary Union. The headwind in the world economy has also tailed off somewhat,” the think-tanks said in their latest spring forecast.

“The institutes expect gross domestic product in Germany to increase by 0.8 percent this year and by 1.9 percent next year,” the report said.

Germany has managed to avoid the recession that the eurozone’s long-running sovereign debt crisis has pushed many countries into. But economic growth has nevertheless slowed to just 0.7 percent in 2012 from 3.0 percent the previous year.

Earlier on Thursday, the international credit rating agency Moody’s said it expected German growth to slow to 0.4 percent in 2013 as exports feel the pinch of the downturn elsewhere in the euro area.

But Germany could clock up growth of around 1.5 percent in 2014, the agency predicted. “In spring 2013 the world economy revived somewhat. The expectations of companies and consumers have improved since autumn and both industrial production and world trade have picked up in recent months,” the institutes said in their report.

“This is due in no small measure to the perception that there is a lower risk of the euro area breaking up after ECB (European Central Bank) intervention. The banking and financial crisis in Cyprus does not seem to have fundamentally changed this perception,” it said.

The institutes predicted that the economy would pick up over the course of this year.

“The conditions in the financial markets have improved significantly since last autumn. Tensions in the euro area, which mounted in the first six months of 2012 after a renewed intensification of the government debt crisis, eased considerably.”

“Conditions are ripe for a sharp increase in economic output,” the institutes said, pointing to low interest rates and the competitiveness of German companies.

“In addition, the labour market in Germany remains robust. There are virtually no traces of the recent economic downturn in this market,” the report said.

Indeed, the downward trend in unemployment was set to continue, with the annual average jobless total projected to slip to 2.872 million this year and 2.717 million in 2014 from 2.897 million in 2012.

Germany’s economic resilience would also have a positive effect on public finances, with the budget expected to be “almost balanced this year” after a slight surplus of 0.2 percent last year, the institutes predicted.

And next year, “the public budget situation will continue to improve and the state should post a surplus of 0.5 percent related to gross domestic product, mainly thanks to more favourable economic conditions,” the institutes said.

“Uncertainty hangs over this forecast due to the parliamentary elections scheduled to take place in September 2013,” they nonetheless added.