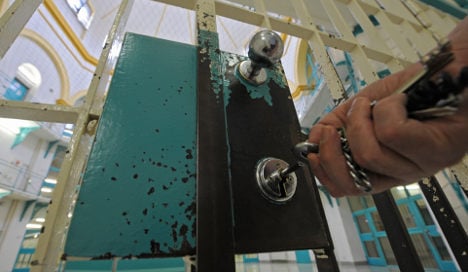 Pensioner Heinz Günther Küpper takes being presented with an arrest warrant in his stride, wrote Der Spiegel magazine on Monday. For him, it’s just the latest “invite” for a few nights’ interesting holiday behind bars.

67-year-old Küpper has been in and out of Aachen prison seven times since 2008, each time for repeatedly refusing to pay parking fines – some as little as €5. But he doesn’t mind.

It’s a “new building, tip top sanitary facilities,” he told the magazine, adding that seven types of bread were served at breakfast. And, of course, he meets such “interesting people there.”

Küpper is one of thousands across Germany who won’t or can’t pay fines for petty offences, and so are carted off to jail – at great expense for the state, which pays around €111 a day for each prisoner.

And it all adds up. Costs run into an estimated €120 million a year for prison terms resulting from unpaid fines issued to fare dodgers, small time criminals, the bankrupt or notorious illegal parkers.

Yet the punishment is not working as a deterrent, wrote the magazine. Take 24-year old Jens F., who was caught without a ticket on public transport nine times and never paid his fines – until one day the police turned up, wrote the paper.

His first prison term of 20 days didn’t make Jens change his fare dodging ways, and he soon returned for a further nine months in the slammer.

North Rhine-Westphalia’s (NRW) justice minister Thomas Kutschaty wants to do away with custodial sentences in these cases, which he says are ridiculous, expensive and above all, ineffective.

“A punishment is only effective if it prevents individuals from committing the offence again in the future,” Kutschaty told the magazine. His plan is to allow courts in future to adapt punishments to each individual offender to make sure they really sting.

Most terrifying for a notorious illegal parker might be the threat of a driving ban, for others it might be a stretch of community service.

“Young hooligans who are always on social networks might be deterred with a Facebook ban” Gereon Wolters, lawyer and legal adviser to NRW regional government told the magazine.

“Or a fare-dodging skiing fan might think twice if he were banned from travelling to the Alps,” he added.