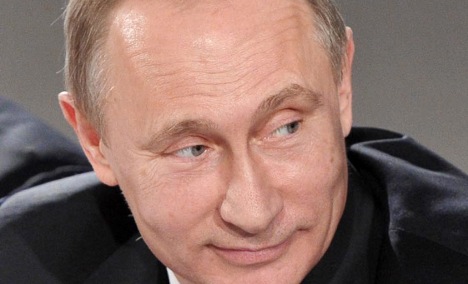 After several years of relatively relaxed relations between Russia and Germany, cracks in their strategic friendship are appearing once again, wrote the magazine.

In the latest incident, the Kremlin’s intelligence service, the FSB, began squeezing Russian employees of the German embassy in Moscow for information.

And just last week, a visiting delegation of German MPs received a more than frosty reception in Moscow when they were greeted with a flurry of last minute meeting cancellations.

Over the past weeks Russian media has become increasingly hostile to Germany, wrote the magazine, and like elsewhere, the anti-German message often plays on old hatreds.

A state TV channel, for example, recently compared the German-imposed compulsory levy on savings held in Cypriot banks to the confiscation of Jewish wealth under the Nazis.

Tensions reached new heights at the end of March, when computers belonging to the German conservative Konrad-Adenauer-Stiftung in St. Petersburg were confiscated by Russian authorities, Der Spiegel reported.

Quoting sources within government circles, the magazine said that although Chancellor Merkel is frustrated with deteriorating relations, she is keen not to burn any bridges with the Russians.

Still, it was clear the atmosphere was anything but friendly when the Chancellor sat through a two-and-a-half hour dinner with President Putin at the Hannover Messe industrial fair last week.