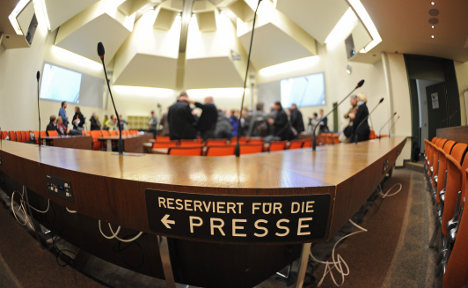 On Wednesday Beate Zschäpe, believed to have been at the heart of the neo-Nazi cell accused of killing 10 people between 2000 and 2007, goes on trial in Munich. Eight of the 10 victims were ethnic Turks.

The presiding judge in the case assigned guaranteed seats at the hearings on a first-come, first-served basis, resulting in German reporters taking nearly all 50 of the reserved places and most international media outlets having no reliable access to the courtroom.

After a lawsuit by Turkish newspaper Sabah, the Federal Constitutional Court ruled on Friday that the Munich tribunal must provide “an appropriate number of seats to representatives of foreign media with a particular connection to the victims.”

The federal judges suggested reserving three seats for foreign media or restarting the press accreditation process from scratch. The trial will be the most high-profile neo-Nazi murder trial of the post-war era in Germany.

Ismail Erel, the deputy chief editor of Sabah said she was relieved by the court’s decision, according to Stern magazine.

“We felt, not without cause, that we were treated unfairly. The court delivered a clear signal.”

The head of the Turkish Community in Germany praised the Karlsruhe decision.

“It’s good that we have the Constitutional Court,” Kenan Kolat was quoted in Stern as saying, adding that the Munich court made a mistake in the way it handled the distribution of seats.

Stern said it remains unclear just what the Munich court will do. A spokeswoman for the court said a statement about what steps will be taken can only be made after the Munich lower court has reviewed the higher court decision and decided how to proceed. The trial is set for Wednesday, the magazine noted.

The Turkish government, victims’ representatives, German leaders and journalists had hit out at a lack of “sensitivity” by the Munich court in light of the massive public interest in the case.