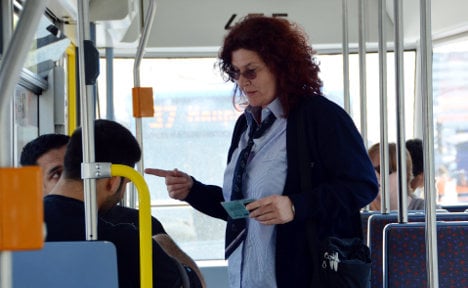 Fare evaders, commonly known in German as Schwarzfahrer are to be fined up to €60, the Westdeutsche Allgemeine Zeitung reported.

Passengers on trams, underground metros and buses across Germany typically do not have to go through ticket barriers before boarding, making it easy for fare dodgers to ride without a valid ticket.

Instead, plain clothes officials from the transportation authorities randomly board vehicles to check passengers for tickets.

Transport ministers voted unanimously to raise the fine for fare dodging from the current €40 to €60 at their conference on Wednesday, an initiative spearheaded by the North Rhine-Westphalian Transport Minister Michael Groschek, wrote the paper.

The new €60 fine is much lower than the €120 demanded by the German transport association VDV at the end of February, after it complained that the €40 punishment had remained unchanged for a decade.

The states’ initiative must now be approved by Federal Transport Minister Peter Ramsauer, before being put to a parliamentary vote.

The move is the latest in a series of nationwide measures to catch out freeloaders on German public transport, who are thought to cost local networks around €250 million every year in lost revenue.