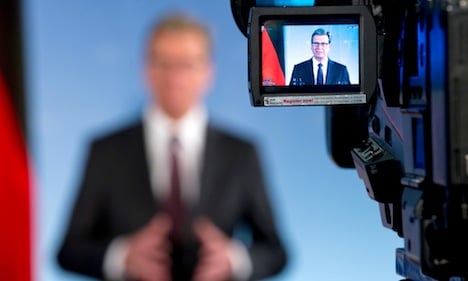 The high-profile Munich trial will focus on the far-right killer cell, the National Socialist Underground (NSU) whose members have been blamed for 10 killings, eight of them of immigrants with Turkish roots, between 2000 and 2007.

While the xenophobic murder spree stunned and shamed Germany, the court sparked further controversy when it handed out media slots for the trial on a first-come, first-served basis, which ended up shutting out Turkish media.

The German government has been cautious not to criticise the court, pointing to the independence of the judiciary, but Westerwelle voiced concern to the Frankfurter Allgemeine Zeitung daily on Wednesday.

Speaking about Germany’s image abroad, he said: “It would be problematic if a suspected terrorist group commits murders over years in Germany and if the court then grants sufficient access only to the national media but not the international public.”

Turkish media have denounced as a scandal, and legally challenged, the court’s strict stance on media allocations ahead of the April 17 start of the trial at the court in the southern city of Munich.

The court will try Beate Zschäpe, the sole survivor of the NSU trio accused of the murders of eight ethnic Turks, a man of Greek origin and a German policewoman, as well as 15 armed robberies, arson and attempted murder.

The two gunmen, with whom Zschäpe lived in hiding for years, died in 2011 in a suspected murder-suicide when they were cornered by police after a bank robbery. Four alleged NSU accomplices will also go on trial.