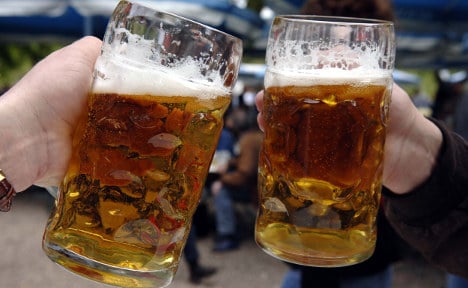 The heavy metal enters the beer through the filtration process, researchers said.

They tested some 150 beer varieties and discovered that as much as 24 micrograms of arsenic pro litre is contained in German brews.

That is above what is allowable for drinking water in Germany, where the limit is 10 micrograms per litre, according to Mehmet Coehlan from the research centre Weihenstephan for Brew and Food Quality at the Technical University Munich in Freising.

Above average arsenic levels in beer is seen in a number of countries, the researchers said. Additionally the levels have progressively dropped over the years. And there is more danger in getting alcohol poisoning than being poisoned from arsenic, they said.

While Germany is certainly well-known for its beer, data released on Thursday showed coffee remains by far the most popular drink in the country.

Last year coffee consumption reached 149 litres per resident – significantly more than the amount of mineral water or beer that was consumed.

Various figures show that Germans consume on average about 107 litres of beer per capita, down from the 150 litres seen in the 1970s.