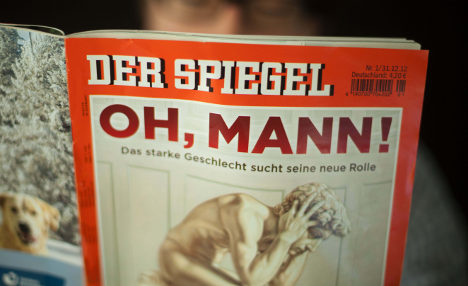 Men apparently favour Jakob Augstein, the controversial son of former Der Spiegel head Rudolf Augstein, while women want Miriam Meckel, the director of the Institute for Media and Communication Management to get the top job.

On Friday the news broke that Der Spiegel was dissolving its current editorial management team and seeking to replace it with a single overseer.

Focus magazine reported that the Hamburg-based magazine was tired of the infighting between the two managers – Georg Mascolo, who was responsible for print and Mathias Müller von Blumencron, who led the digital operations.

Apparently applicants had to fill two key criteria: The person cannot come from the rank and file and he or she should be able to lead the magazine alone. The publication, following its poor experience of a shared helm, is looking for a single manager to take over.

While Augstein is closely associated with Der Spiegel and writes a regular column for Spiegel Online, he is currently publisher of the weekly newspaper Der Freitag.

Recently he had to answer to anti-Semitism charges, as he was listed as one of the top ten anti-Semites for 2012, according to the Simon Wiesenthal Center, a US Jewish human rights organization. Augstein denied being an anti-Semite and the listing sparked heated debate in Germany.

It added that Mascolo and Müller von Blumencron were sharply at odds over whether Spiegel Online should charge for content, with Mascolo favoring that and his rival against it.

The two have led Spiegel since February 2008, following a long and arduous search for someone to replace outgoing Editor-in-Chief Stefan Aust. The magazine’s preferred candidate, Claus Kleber, the moderator of ZDF’s news show Heute Journal, turned down the job.

Mascolo and Müller von Blumencron never got along, Focus reported. Mascolo has come under heavy criticism as the print magazine, like many of its competitors, has lost readership.

Circulation dropped from 1.05 million to 891,000 under Mascolo’s leadership, with the 10 worst selling titles since data was collected occurring in 2012 and 2013. He has had to answer to criticisms over his choice of title subjects and also about his policies toward women.

That’s why Der Spiegel‘s women journalists are now seeking the chance to get the first-ever female head of Spiegel, Focus speculated.