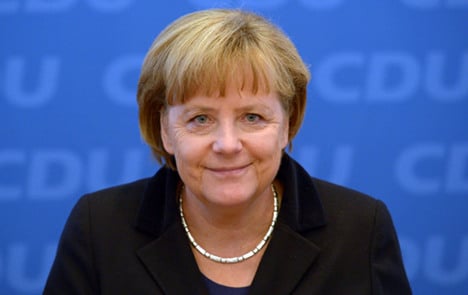 Merkel, 58, who will be seeking a third term at the helm of Europe’s top economy, has won much praise in Germany for her handling of the eurozone crisis.

With a 68 percent approval rating, unchanged from last month’s poll, she continued to be Germany’s favourite politician, while her rival Peer Steinbrück from the main opposition Social Democrats (SPD) was down four points at 32 percent, according to the poll results.

The survey found that nearly one in two Germans (48 percent) would like to see Merkel’s conservative Christian Democratic Union and its Bavarian CSU sister party win the upcoming vote, compared to 37 percent who would favour a government led by the Social Democrats.

The survey was carried out by telephone among 1,502 adults on April 2nd and 3rd.