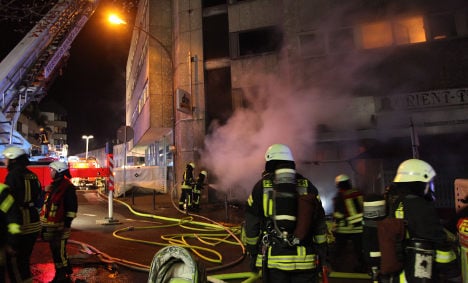 By the time rescue services made it to the house in the Bensberg neighbourhood of Bergisch Gladbach, it was already being consumed by huge flames and billowing smoke. Several residents stood screaming at their windows because they could no longer escape down the stairs.

“The situation was dramatic,” said a fire brigade spokesman.

The first firemen on the scene quickly called in a rare level of alarm requiring backup from across the region.

Three people jumped into special nets set up by the firemen below and others were rescued via fire truck ladders. Six people suffered serious injuries, including burns, smoke inhalations and broken bones. In total, 34 people were saved.

The police are now investigating the cause of the blaze.